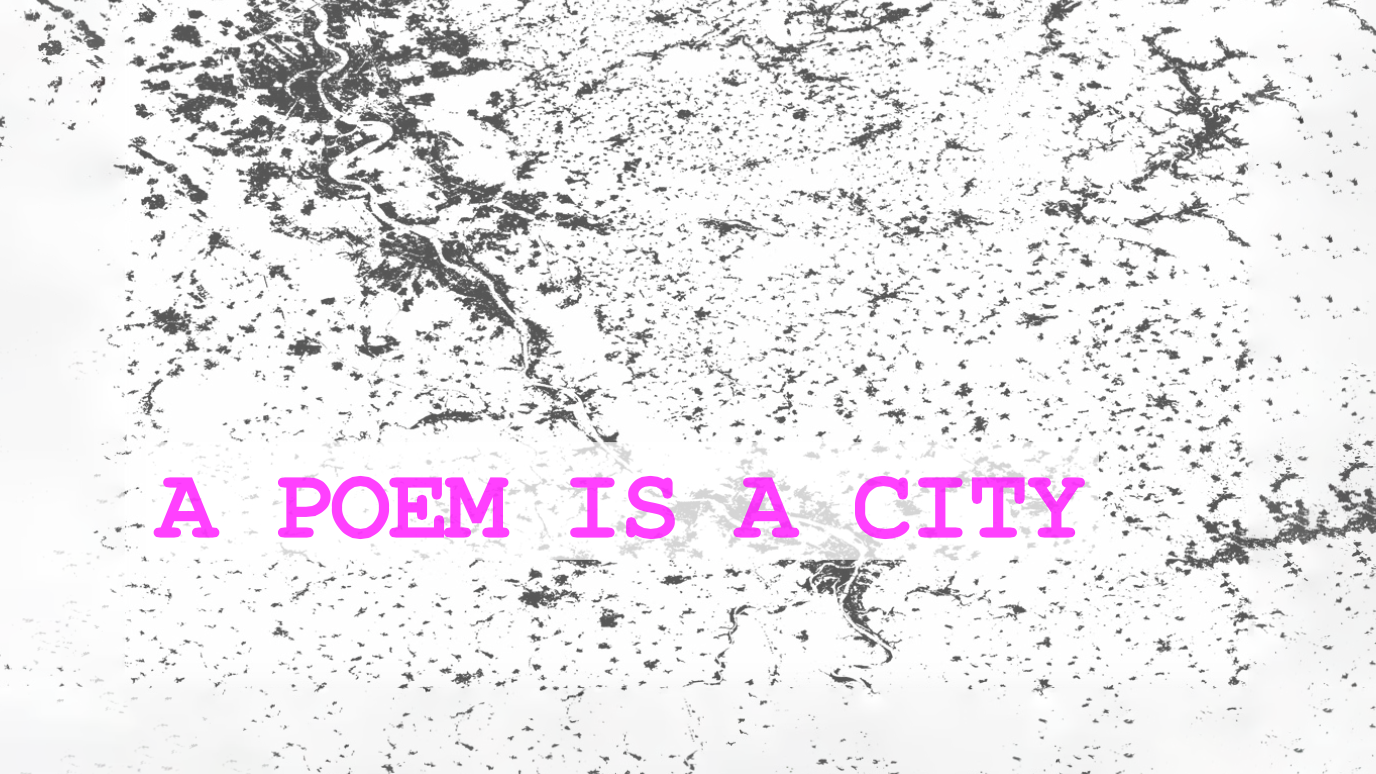 OPEN ART CALL: A POEM IS A CITY – a videowalk project

We’re a team of art students and the videowalk project is a result of our collaboration within the research college AEiT.lab at the University of Cologne.

In a 7-day workshop you’re creating poetic videowalks through the city of Cologne with us.
Participants of all ages are welcome – no professionell art experiences needed.
In short interactive film sequences we’d like to transform the city and open your vision to the visitors and inhabitants of Cologne.

Requirements:
For the project we’ll choose a small group of about 5 participants. The workshop will take part in the week of: 03/10 – 09/10/16.
We’ll plan the schedule in detail after the group is fixed. You should be free to invest everyday of the workshop-week a few hours for your project.

The workshop will take place in Cologne and we’ll meet at the university. Please apply with a short letter of motivation to: apoemisacity@gmx.net.
Application ends: 26/08/16.
Your poetic videowalk through the city can be various – it can include all kinds of sensual elements. Performative ideas can be a part of your work same as an audio-diary of your impressions.

Who we are:
Daniela & Anna – two art students of the University of Cologne who met each other within a research college. Our common interest is intervention in the public space. We’d both like to work with a multifaceted group of art-interested people. Videowalks are an exciting combination of moving around the city, extending the reality.
We’re looking forward to get to know your vision’s and work with you in an creative context.
danielahohenberger.de

Inspirations:
To give you an idea what a videowalk can look like – the artwork of Janet Cardiff and George Bures-Miller is an example. Words, gestures and visual elements can be used to create a new context. Their project „Alter Bahnhof“ was created within the dOCUMENTA (13) art exhibition in Kassel, Germany in 2012: cardiffmiller.com

„A poem is a city“ by the writer Charles Bukowski can be another inspiration for your work:

and now I stick this under glass
for the mad editor’s scrutiny,
and night is elsewhere
and faint gray ladies stand in line,
dog follows dog to estuary,
the trumpets bring on gallows
as small men rant at things
they cannot do.